The research team and First Nations community representatives have shared information from the project at the following conferences:

Below are the EOLFN project posters. You can click on a poster image to view a larger version of the poster in a separate browser window. 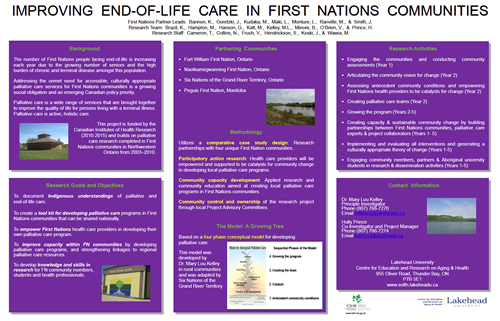 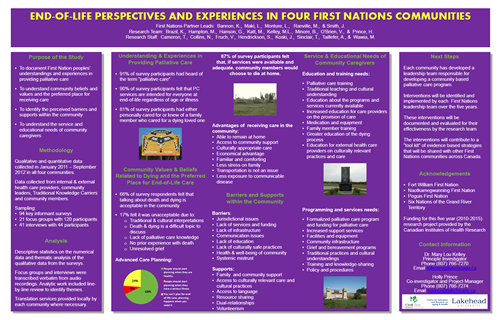