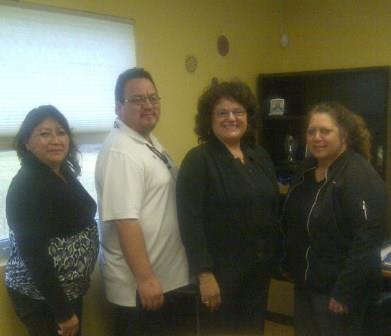 The historical homeland of the Haudenosaunee was in New York state between the Hudson River Valley to the east and the Great Lakes to the west. All Six Nations are bound by a constitution that is a democratic system to protect Nation autonomy and citizens individual rights. After the American War of Independence the United States solidified boundaries while negotiating treaties that included the transfer of Six Nations land. These negotiations failed to include the Haundeosaunee who continue to have their traditional territories and homelands recognized. Although, due to their alliance with the British during the war, a proclamation consisting of 950,000 acres in southern Ontario known as the Halimand Proclamation was signed on October 25, 1784 by Frederick Haldimand who was the Captain General. The original tract of land stretches from the mouth of the Grand River on the shores of Lake Erie to the river’s head, and for six miles on either side of the riverbank. Forty years after the signing of the Haldimand Proclamation Six Nations was dispossessed of ninety percent of the original land grant. Today, less than 46,500 acres remains Six Nations land which is less than five percent of the original grant.

The Haudenosaunee are a matrilineal society which means ones Clan and Nation are passed down to a child from his or her mother. People from the same Clan are not allowed to marry each other, as a Clan constitutes a familial relationship. Clan Mothers have the authority to grant or remove a Chief for the betterment of the families and people. The Chiefs, Clan Mothers and Faith Keepers hold the responsibility to represent the Haudenosaunee on National and International issues that are important to the Nation alliance. The Chiefs pass their title down to their successors and are chosen by the Clan Mothers who are the head of each Clan (family). The Clans include three each from the land, water and the sky – the Turtle, Eel, Beaver, Heron, Hawk, Snipe, Bear, Wolf and the Deer.

After 1924 the Canadian government implemented the band council system under the Indian Act disrupting the formation of the traditional governing system within the Six Nations of the Grand River Territory. Over the last twenty years the elected council and the Haudenosaunee continue to work at setting aside their differences and work towards establishing a cooperative relationship.

Currently there are many different language programs, classes and language nests. There are language classes given on the local radio station. Cultural events such as Solidarity Day, and the Champion of Champion Pow Wow. There are many social events that take place at Six Nations here are some of the following: Annual Bread and Cheese Day in appreciation of the Six Nations of the Grand River Territory allegiance to the British Empire during the American Revolution and the War of 1812, Queen Victoria began an annual tradition of giving gifts to the Six Nations community. Even though this custom ended with her death in 1901, the council in 1924 revived this tradition as a commemoration.

Ohsweken is the village located on Six Nations of the Grand River Territory and is the site of the band council office and many different administrative offices. There are various services and programs offered through Six Nations to support its members.